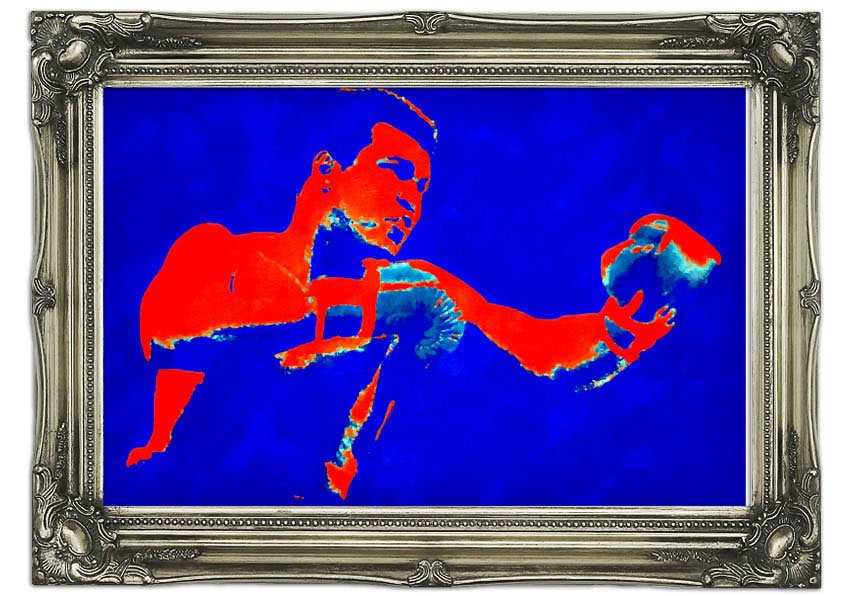 As we all know, Muhammad Ali has passed away. Muhammad was an inspiration on so many levels. He was one of the best boxers of all time. He was the best at talking and promoting of his fights, He was a human activist who could unite the people behind him. And he was one of the most famous people to ever walk the earth. Is there anybody alive today who does not know who Muhammad Ali is?

Above all, Muhammad motivated people in many different ways. This blog will look at what Muhammad did to be successful. Also, a big thanks to Evan Carmichael’s YouTube site for some of the material used in this blog.

He paid no attention to what others said about him. That was because, in his mind, he was thinking and acting on a different level. Why should he listen to others who did not share the same values and ambitions that he did? Know what you want to achieve and then do what you need to do to be successful.

In his boxing career, Muhammad always took on challenges that seemed impossible. Liston and Foreman were literally supposed to kill him. People feared for Muhammad’s life. However, Muhammad not only took on those challenges, he dominated them. Muhammad’s unwavering confidence in himself, together with the positive talk, allowed him to dominate these situations.

Stick To Your Game Plan

Muhammad knew that he could beat great boxers by sticking to his plan. His trainer may not have agreed…the media may not have agreed….the public may not have agreed…but Ali always stuck to his game plan. Laying on the ropes against George Foreman was considered madness at the time. However, Ali perservered, toughed it out and ended up knocking out the seemingly unbeatable monster. Ali always had a game plan for everybody he fought, both before the fight and during the fight. And you know what, they worked. That is why he was the greatest.

Have A Bigger Vision

Muhammad always treated boxing as a stepping stone to introduce him to his audience. Obviously, Muhammad had everybody’s attention. This allowed Muhammed to talk about the things that were passionate to him, such as the struggle of the poor, freedom of his people and equality. Muhammad used his image to help others.

Be Prepared To Handle Anything

Muhammad knew that he was better than a lot of his opponents. In his own words, he did not try to hurt those opponents he had clearly out-classed. Boxing was not human cock-fighting to him. Those other boxers had family and children. Muhammad had other tools at his disposal, such as dancing, sticking and moving. Muhammad just would not purposely hurt others if he did not have to.

When the pressure is on, be the person who will do what it takes to take the lead or get ahead. Muhammad referred to it as the “last minute kick”. This was not necessarily stamina or physical strength. It was the mental capacity to know how important your goal is to you, then doing what it takes to get ahead. Sometimes, the will outdoes the skill. A champion knows how to “close the show”.

You need to be able to get your opponents thinking the way you want them to think. Believe in yourself, speak confidently as to what you are going to do, then do the preparation necessary to allow you to achieve you aim.

Here was kid born in Louisville, Kentucky, who was not particularly good at school and was stand-offish as a child. Muhammad only got in to boxing because somebody stole his bike and the local police officer thought boxing was a good way for him to blow off his steam. But that is the power of martial arts. As Muhammad became good at boxing, it gave him confidence in other areas of his life. It allowed him to show off his humour and with. It allowed Muhammad’s true energy and spirit to shine through. And this is what the world fell in love…the real Muhammad Ali. The media followed his every move, he could fill out stadiums, he was invited to speak at the most prestigious places. Muhammad even had whole continents behind him, especially for the “Rumble in the Jungle” and the “Thrilla in Manila”. Muhammad oozed charisma, and it all came because he was prepared to work really hard at something he loved and something he was good at. There is a lesson in that for everybody.

While the great man may have passed away, I hope his success guidelines live on forever.

Share on TwitterShare on FacebookShare on PinterestShare on LinkedInShare on Email
Posted in Martial Arts Sydney, Self Defence Sydney and tagged boxing, build a better you, fitness, fun, ju jitsu, lifestyle, martial arts, motivation, Self Defence
← Lessons From Kung Fu PandaHow to "Build a Better You" →